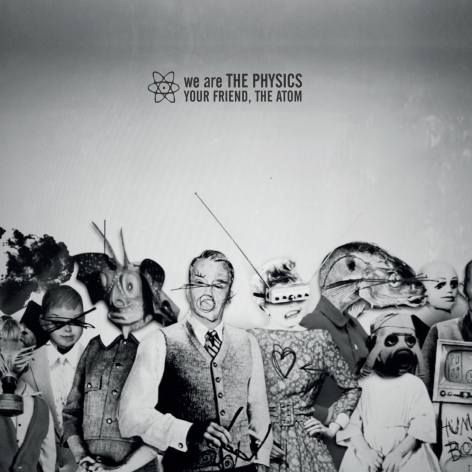 Abstract: We Are The Physics (Rockus Glasgowus) are a strain of the M. Rock family of lipid eliminators usually found in bulb stereos of the Pacific Rim. An experiment was carried out were R. Glasgowus was inoculated into 14 petri dishes (triplicate repeats). Different colony forming units (CFUs) were observed, with decisively iterative patterns noted in dishes 2,4,5 and 6.

Introduction: The Glasgow region has produced several strains of lipid eliminators in the past decade. From classical strains like Aerogramme (Awesome Underratis) and Mogwai (Cinematic Godus) to lesser known but equally effective lipid eliminators like The Twilight Sad (Reverbus Excellis), We Were Promised Jetpacks (Precocious Legendis) and Frightened Rabbit (Upstageus DeathCabis). We are the Physics was first observed by epifluorescence microscopy studies carried by Mothersbaugh et al (1972) and Brock et al (1993).

Results: Although all plates grew multiple CFU in iterative patterns, none of them had the same structure. Under DAPI staining conditions, dish designated ‘There is no cure for the common cold so don’t expect a cure for cancer’ seemed to be the fastest replicating, infecting neutral cells at a rate of 4 cells per hour. Dish designated ‘(E.G. Apollo 11)’ overgrew the Agar media in less than a day and multiple dilutions did not affect the aggressive nature of the strain. This was observed on all replicates of this preparation.

Dish ‘Cluedo’ had a mossy symbiotic fungi that was isolated and proved to extract well-complexed nutrients from mica. This symbiotic correlation indicates that ‘Cluedo’ aggressively weathers any source, becoming a top-pyramid nutrient scavenger. Dish ‘All my friends are JPEG’ was not observed to be so aggressive, although inoculation of heavy metal contaminate sediments showed that the strain could survive high redox conditions, being able to complex Iron (II) ions into soluble compounds.

If anything, the study shows that all plates were fast growing, aggressive and exhausted all growth media. It is suggested that a special Agar is created, with more nutrients to sustain We Are The Physics (Rockus Glasgowus) voracious behaviour.

Discussion: Although alcohol-based DNA extraction was previously suggested by Langford & Hodson (2010), the method proved partially successful on most plate, except plate 4 (‘Napoleon loves Josephine’). The DNA was single stranded and easily broken down into separate strands under anoxic conditions. It is suggested to grow We Are The Physics (Rockus Glasgowus) in a Potassium rich Agar media to strengthen its soft tissue into harder, even more resilient forms. Further bench experiments should be carried out to observe the behaviour of We Are The Physics under adverse conditions. Klosterman, C. (2007) suggests media with no carbon source, whereas Christgau, R. (1910) suggests that no experimentation would suffice in laboratory studies.

Acknowledgements: The author would like to thank the University of Sheffield for their support. Special thanks to A. Fairburn for laboratory expertise.

Further research:  ‘Cluedo’, ‘Eat something, ‘All my friends are JPEGs’.

Made a new friend. #caterpillar
Educational toy. Or a depiction of the digestive tract of any sea faring animal.
#apricity
New loaf tin. Came out good.
Turning a new leaf. Or several.
Join 4,428 other followers