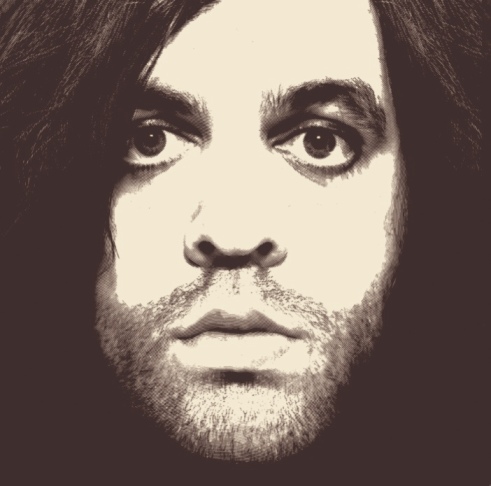 There’s something about the music of Eli Mardock. It’s not the discombobulating moments where you stupidly assume this is going to be twee pop (it’s chamber pop) nor it’s the feeling of dread most of this songs carry (I felt like mashing up every track with Radiohead‘s ‘Exit music (for a film)’). There’s something else, like an inherent sadness that’s in the genetic code of almost every song in Everything happens for the first time.

Mardock‘s voice is dramatic. Much more than the usually sombre music that is offered all around here. Even when there are guest vocals, like in the chilling ‘Algebra and the Moon’, it is a stark affair. Mind you, it’s not an overtly dark album like The Cure‘s Disintegration, more like The Cure‘s Bloodflowers.

How so? Think of it as an overcast sky in England‘s Peak District: the scenery around you is dramatic and full of wonder, but the feeling of desolation and loss can be overwhelming. You’ve been warned: this is an album for people who like sad music, without the pretentiousness that sometimes can be attached to these sort of projects. What I mean to say is: this is artsy, but not fartsy. It never talks down to you.

‘Everything happens for the first time’ is both a welcome mat and a trap door. You get an idea of what the album will be like, and although some of the musical motifs remain later (the loud synths, the bells, the choral voices), this is the happiest moment of the album. It all becomes sombre after (except for the bouncy ‘If you’re with me, then you’re against me’ – fun song!).

But like I said, you can’t be happy all the time and the sadness in Eli Mardock‘s song doesn’t come as wallowing or self-pitying, more like a theatrical representation. And even so, the way the music is created and delivered to you, the listener, is far from direct. ‘Theologians tell me’ is a fantastic romp through a breakdown (or break up?). The emotions build up massively, without a single scream and just a slightly overdriven guitar riff that intertwines with a lamenting voice. It’s utterly demolishing (in a good way).

Conversely, ‘Children of the world’s new uterus’  is as long, but less dramatic. The emotions still feel painted grey (two coats), the arrows are all shot on target (the heart). ‘The way of the future’ sternly closes the album, with the gloomy atmosphere lifted a few times to show some nifty guitar work. A dramatic ending for an album full of drama that satisfies those wanting an experience full of powerful emotions without resorting to cheesy theatrics. Eli Mardock is a case of show, don’t tell.

UPDATE: Check out Eli Mardock‘s Daytrotter session or his feature at MTV Hive.