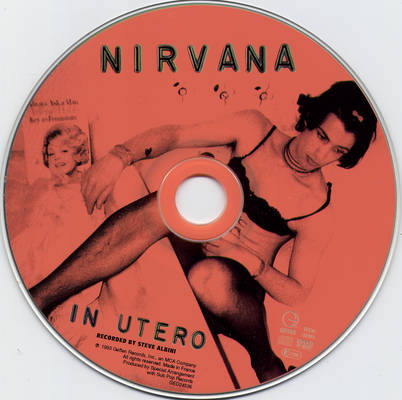 Nevermind reached dizzying commercial heights mainly due to that song; you know the one about spirit with the video that has loads of smoke and cheerleaders. It defined the term ‘grunge’ to a lot of people, and for a few uneducated people, it probably still does.

If we’re going to talk about grunge in relation to actual sound, heavy muddy guitar sounds, angry vocals etc, then Bleach would be the record. Nirvana’s first album, released in 1989, I imagine Kurt Cobain absorbing the musical scene around him and assessing his peers, thinking of a way to fit in. The guy was fundamentally obsessed with pop music; his diaries are filled with Beatles references, musings about ABBA and he day dreamed about the verse-chorus-verse music he’d listened to since he was a child. The window into his mind, for me, on Bleach is ‘About A Girl’ which he wrote for his live-in girlfriend at the time (not Courtney Love, that came later). It’s a love song with a melody and a structure that stood out from the other tracks on that record. Don’t get me wrong, I’m a sucker for ‘Negative Creep’ at the best of times but for me ‘About A Girl’ is how Cobain wanted the band to be about.

The release of Nevermind in 1991 was a step up in terms of a poppier, more radio-friendly sound. It’s the one we all know. The naked baby, the water, the dollar. It knocked Michael Jackson off the number one spot on the Billboard chart, for god’s sake! But I can take it or leave it. For me, the lost gem in Nirvana world is undoubtedly In Utero. 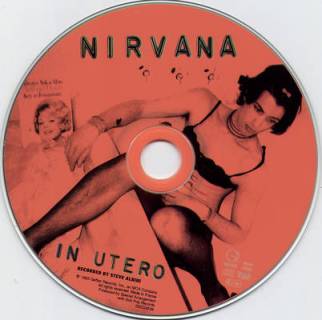 To the outside world, not so much music fans like you and me, Nirvana lived and died with Nevermind. Certain music publications certainly still seem to believe so. However failing to acknowledge what In Utero offered, which was a great mix of Bleach heavy to Nevermind’s light, would be lacking in musical sense.

By saying Kurt Cobain loved pop music and dreamt of melodies, I do not in any way doubt his passion for punk rock. He liked a good scream. This is why In Utero sways between a lovely sing-along (‘All Apologies’, ‘Rape Me’) and incomprehensible screams (‘Tourettes’, ‘Milk It’) in a way that almost suits the band more than Nevermind ever did. That’s where Steve Albini comes in and works his magic on bringing Nirvana back from the brink of losing their rock identity. By stripping back the recording process to include one-track vocals, the placement of mics set up around Dave Grohl’s drum kit to capture the whole room reverberations and the emphasis on natural acoustics, Albini kicked back at a lot of what Butch Vig had envisaged for the band during the recording of Nevermind. Keep your layers, Butch.

Without trying to interpret lyrics, which is pointless; lyrics are subjective, do what you want with them, the writer may not even share your interpretation. ‘Serve The Servants’ could be viewed as the band feeling like slaves to the media, and the underground grunge culture which viewed them as ‘sell outs’ for having commercial success, or parents. “I tried hard to have a father/but instead I had a dad” offers a rare personal view into Cobain’s home life by pointing to his dysfunctional relationship with his father. ‘Scentless Apprentice’ may be about the tortured existence of a fictional individual Cobain created, or even himself, but of course, it may also be about Jean-Baptiste Grenouille, the main character in Patrick Süskind’s Perfume which was Cobain’s favourite book. Speculation about meanings can be fun, but there are some weird ones “Electrolytes smell like semen“- get a meaning out of that if you can.

You can keep the Unplugged version, my favourite version of ‘All Apologies’ is as it is on the album; it sounds like the vocals were recorded in a bathroom, and I like that in a song. There’s a ridiculously sad undertone that’s cemented by the never ending murmurs of “All in all is all we are” which feels like a surreptitious note to self reminder that all we have is ourselves, not each other. But in retrospect, Cobain was apologising for not being what he thought everyone wanted him to be, to his wife, daughter, fans and band mates. ‘All Apologies’ was nominated for a Grammy award in 1995 in the Best Rock Song category, but Aerosmith won with ‘Crazy’ (I know right, crazy).

Quick fun fact: Frances Farmer was an actress, and Seattle native, who was treated for alleged schizophrenia by being electrocuted against her will in a mental hospital. Hence ‘Frances Farmer Will Have her Revenge on Seattle’. This is one of my favourite tracks on the record because it encompasses all the things Nirvana are good at; the quiet/loud juxtaposition, awesome drums and witty lyrics. It feels like you’re listening to a really brilliant mental breakdown. It also has one of my favourite lines in a song in the entire world “She’ll come back as fire/to burn all the liars/and leave a blanket of ash on the ground“. For me, it just displays metaphorical revenge at its finest.

Have you seen the video of Nirvana performing ‘Rape Me’ at an MTV Awards show? The big bosses didn’t want their channel to be associated with the word ‘rape’ nor have a song ‘about rape’ broadcast to millions of viewers expecting that song about teen spirit. But it worked out with a cleverly disguised intro. Again, it’s weighing in on self-hate and vulnerability, subjects you cannot exonerate Kurt Cobain having expertise in. Also, Grohl needs a super acknowledgement for making this track work so well; the drums are perfect and pairs with the screams drowning the entire band towards the end so well.

It kills me every time Courtney Love says that my favourite Nirvana song is about her ‘vagina’. I prefer not to think about that about whenever I listen to ‘Heart Shaped Box’ and weep at its brilliance. It’s Cobain at his most self-deprecating and affectionate, in his own weird and wonderful way. So what if it speaks of broken hymens and umbilical nooses, this is a love song. I love the resonating guitar, super soft bass and the “Hey! Wait!” (This feels very refreshing to shout to when you have it on in the car, trust me). ‘Heart Shaped Box’ also has that quiet/loud, soft/hard thing going on again, which just never gets old and never fails to sound fantastic. Or maybe just when Nirvana do it.

Nirvana are my favourite band, and I don’t know when or how it happened, it just happened. I was unhealthily obsessed in my early teens and now I’ve mellowed into a ‘dedicated listener with a firm grip on anything Nirvana-related’. In Utero is my favourite record and I could have written a detailed report on each song on the album but I have things to do, like watch Nirvana videos and play my Kurt Cobain-designed Fender Jag Stang.