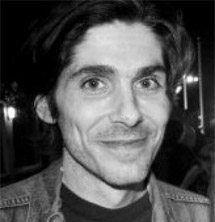 Jason Noble once said “I like when lyrics exist with some freedom from the music – without describing it.” I think that pretty much describes the lyrics of Shipping News, a band that changed my life, with an album called One less heartless to fear pretty much being a regular soundtrack to my every day activities.

It was hard to hear the news of Mr. Noble‘s passing. I never had the honour of meeting him, but the email interview the band granted us was simply one of my highlights of writing for this website. Absolutely honest and down to Earth, all questions were answered, openly and frank. The emotions that seep through the music he made came across on those lines he kindly dropped us.

We send our prayers to Jason Noble‘s friends and family. Rest assured, he was one of the greatest and we will sorely miss his music and the many, many bands he was in (Rodan was also fantastic).

Godspeed and rest in peace.