Hey, Carbon Units… Orestes  here, albums that I’m listening to, including a band that just called it quits, an IDM band, a trippy folk band and A MASSIVE LEGEND: 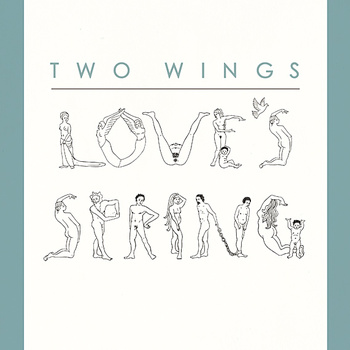 Oooh, this is nice. Suave, bluesy and slow grooves from Two Wings, who send psychedelic vibes from the Glaswegian city of Glasgow. Uh. ‘Eikon’ sounds like a dive bar closing, with a brass section lost in the way out, but joining the fun because it’s classy and adds panache. Then the bar closes, burns down (“how did it get burned?” yelled the overactor) and the band now plays songs in the memory of said bar.

‘Feet’ is lonely, even remorseful. ‘Love’s spring’ is more folky and happy (flute’s probably the reason – very ol’ school), with a 7 minute runtime that lets the band have their cake and eat it too. Why? Because the folk is abandoned for some real good psychedelic passage that feels just very, very right. Even this moment will never be surpassed in the whole rest of Love’s Spring, it matters not; senses have been blown, the ritual has been successful (love the folky refrain by the end).

You want to know what really makes this band great? Range. ‘Valley’ does the slocore the way Idaho and Mazzy Star made, driving us insanely sad. ‘Altars and thrones’ & ‘Just like’ do the dreamy bit, with the folk roots still there. Actually, ‘Love’s spring’ is not THE best song of the album, it’s a split decision between that one and the slow burn that ‘Forbidden sublime’ delivers. The clue is in the second word. Thanks, you lovely people of Two Wings. 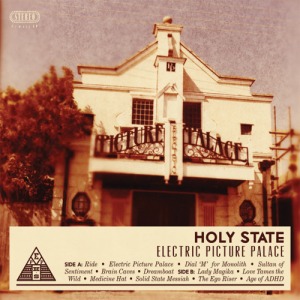 Well, now, this is just plain aggravating. The Holy State release Electric Picture Palace, a cracking album (preceded by one fine single we reviewed a couple of months ago), get lauds and virgin sacrifices (I sent a couple) here and there and yonder and now they’ve split up. What? Why? ¿Que pinches madres? Oh, fuck it. I’m depressed. Anyways, Electric Picture Palace is good old rock, of the desert and psychedelic sorts, where manic pace and plush around the drums are the name of the game. Don’t call it Queens of the Stone Age, although there’s 10% of that somewhere there.

‘Sultan of sentiment’ is such a Summer Friday afternoon song, with the drumming being the right side of poignant and punchy. ‘Brain caves’ should be a good one to listen to an admire their drumming and ‘Lady Magika’ is for you wanting something visceral and psychedellic (no patchouli required), continuing the trip further with the sexy guitar featured in ‘The ego riser’, one heckuva trip. If you wanted your riffs more Indie 00’s and less Druggy 60’s, ‘Medicine hat’ and ‘Solid state messiah’ have your back (likey the last one). Alas, they left us, with ‘Age of Adhd’ as the goodbye letter. So long and thanks for all the riffs. 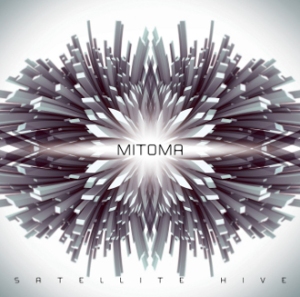 A drunk guy in a pub (Shakespeare’s) once grumbled in the toilet that “you need a fucking computer degree to make music these days). Maybe you just need a computer and doodle with it. Any gumby gooby can do a bunch of loops in Fruit Loops (you kids still use that, right?) and call it a track (and it will sell, I guess), but it takes someone with real commitment to music to use these cold instruments and actually do something cool. Mitoma is chilling and cool (in the hepcat way),  getting that IDM groove for you who miss the genre getting some love (I do!)

‘Swamp monitor’ is eerie, like walking around Space Station Solyaris with no idea of what the next corner holds (no E.T.) and ‘Residual’ makes the bass part of your speakers (or earphones) hold for dear life, before going into a mix of industrial and IDM. The glitchy palette is well represented with tracks like ‘Chiral’, with its mad beats and ‘Kotecha’ sounds a bit chiptune, a bit tweaked commodore 64, all nice.

The cover is trippy too, I can imagine the little tendrils/pillars moving and rotating to the panning beat of ‘Alpha station’. Nice IDM from Mitoma, but get good earphones for this Satellite Hive or you’ll lose 50% of the experience. 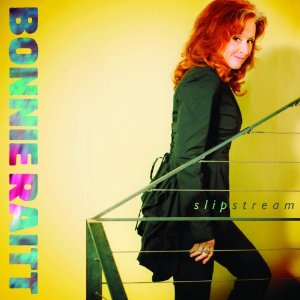 Oh Bonnie, baby, where have you been? Always nice to hear from you and your Rogue like hair (only in red, natch). Two Bob Dylan covers are included. This is good if you like Bob Dylan, but I’m completely indifferent to him ( I prefer Jakob’s Wallflowers. Deal with it.) People always dismiss this gal as just another country crooner. They need to really get into her music and see how aggressive she can be without being direct. Her acumen still is like the one or a marksman (a very spiteful one) and this is good ol’ music for the brokenhearted (‘Split decision’ – hoedown!). Bonnie, marry me, please?

Wait, I’m not done with this banger. Nor the mash. The band playing with Ms. Raitt in Slipstream know their shit. The funky sounds of album opener ‘We used to rule the world’ are both an affront and a reminiscence and there’s even a bit of reggae for you gearheads in ‘Right down the line’, where the smoooooth voice of Bonnie Raitt is simply delicious. ‘Million miles’ is for you needing a drink and a slow dancing friend to sway away all those bad bad memories. ‘Ain’t gonna let you go’ is THE track here. Guitar work is impeccable and the seedy atmosphere is grimy enough to drop the pretence of ales and go for a good ol’ brewski. Miller’s my poison. Off for a can.

Hoy me colé al @cepi.escritura 🧐🦊
Chilly Monday commute made easier by @actualwolfmusic Hometown Hero. It was -2 Celsius at work ❄️🥶
Sunday baking
Every mosaic paints a picture
Gloomy Sunday apparitions
This week's #mic #decorations were #theninthdoctor #amazonwarrior and a cow (no, not me)
Loading Comments...