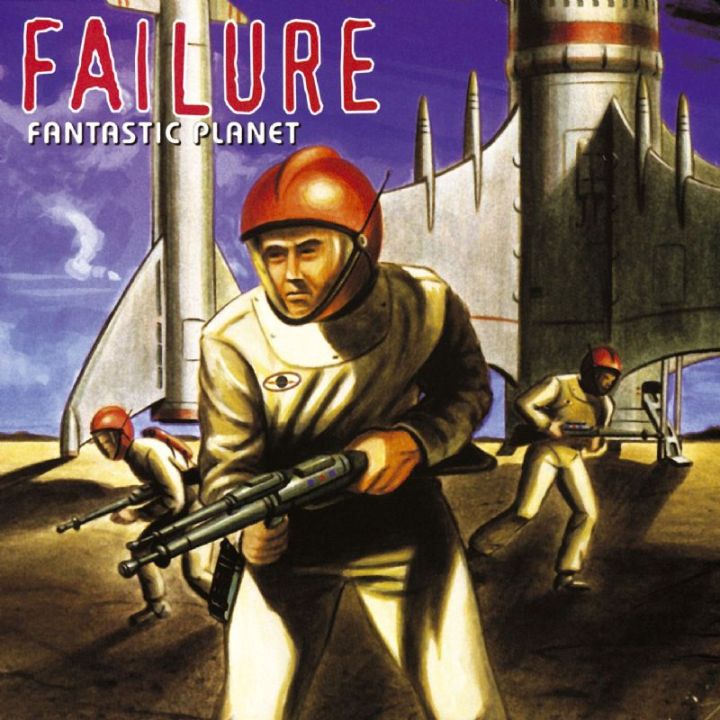 We love Failure. In all its forms and meanings. It’s what makes us who we are as writers/reviewers/ranters/human beings. We love the band, too.

Sorry for the upbeat/stupid intro, this is more of a collective piece instead of the usual “one person army” approach we’ve done in the site. For this very special edition of “looking back at…” we cajoled and twisted a few arms around. Some people replied, others finally managed to work out the “ignore” button. Booyah. Here’s what some collected thoughts on that massive piece of rock called Fantastic Planet.

So, I would consider myself a man of the world and someone with a pretty extensive knowledge of bands. My voracious appetite for music hit its peak when I was learning to play guitar and write songs. I was a sponge, soaking up everything I came across. It was an exciting time, I found bands like Far, Thursday, Jeniferever, Mew and a weird Icelandic band called Sigur Ros. I was not internet literate, and blogs and the like were much less prevalent then than now. If you had an appetite for bands and finding new music, you had to dig, and much of my then insomnia fuelled nights were spent digging.

My first taste of Ken Andrews was in the pages of some music publication in his then band Year Of the Rabbit. “Failure? Never heard of ’em, I’ll try these though” was my first thought, I liked the art and promptly ordered the cd. Year Of The Rabbit never really made an impression, but there was something in Andrews’ voice and guitar noise that made me come back. It wasn’t until A Perfect Circle that I had my true starting point, and more specifically their cover of “the nurse who loved me” from their second record “13th Step”. So, once more I dug. I found a copy of “Fantastic Planet” hidden in a little music shop (remember those?) and paid over the odds (it was an import, see), took it home and as the opening bars of “Saturday Saviour” kicked in I knew I’d found another band I was going to love. At the time, I was trying to write songs which would turn into the first batch of Firesuite songs. Failure melded these awkward melodies, huge guitars and drums and it had a massive impact on me at the time. There was conventional “grunge” stuff happening, with little musical interludes and production flourishes. It was weird, and I loved it. I knew that if I was lucky enough to find like minded individuals to make music with, hopefully they would want to be as loud and skewed as Failure were. 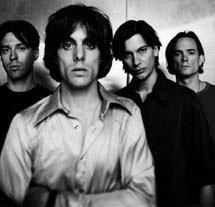 In the mid 90s I remember seeing this t-shirt at a CD store in Mexico City: it had three “soldiers” or policemen from the future (apparently) with a rocket in the background. In the top left part of the drawing, there was “FAILURE FANTASTIC PLANET” in red font. I still remember this t-shirt being part of a cult more than 10 years ago.

It is this band, Failure, who brought a new style and voice to the rhythms of the time: grunge, rock, all detailed with a personal note of meticulous minds and outer space textures; the sound of flying saucers and nebulas, an invitation to go beyond the rough urban asphalt. Failure left these earthly needs and sounds while the music of the time just wandered around the same streets of angst.

‘Fantastic Planet’ became somewhat the anthem of what “beyond” meant for the time: its layered structure full with contents of the most detailed and ordered style set up to break our music schemes, wrapping us with stellar and experimental sounds that would include distorted guitars and pianos.  They even made music with the sounds of cars, motorcycles, electric saws (‘Segue 1’, ‘Segue 2’, ‘Segue 3’).

In the middle of exploration, there’s the mind of three geniuses, as Kellii Scott, the one to blame for such asymmetric and unexpected drums riffs and the one who could go from chaos (‘Smoking Umbrella’) to deafness ( ‘Blank’) in the same album; that’s right, I’ve never heard of a shameless use of deaf snare drum like this.

One of my favorite bass lines of all times is a track of this album as well, ‘Pillowhead’, and Greg Edwards is the one to blame. A bass line that may trick your ear, you may call it minimalist, but it’s complex and powerful, like anger conveyed and taken to the next level.

A path with topics so uncomfortable or taboos like prostitution, one-night stands or fire accidents and casualties described with raw and direct words is one that few bands would take, there’s generally too much at stake. However, ‘Failure’ really taught a way to cut the chase without being pretentious or cheesy: it’s just the as-is description of a specific society, encompassed by unconventional melodies.

Another favorite tracks of mine are ‘Daylight’ (one of the best closers I’ve ever heard in my life) and ‘Solaris’ (that guitar riff in pizzicato really delivers). There’s dark notes, dark melodies, that are made of motifs that will claim for reasoning in chaos. 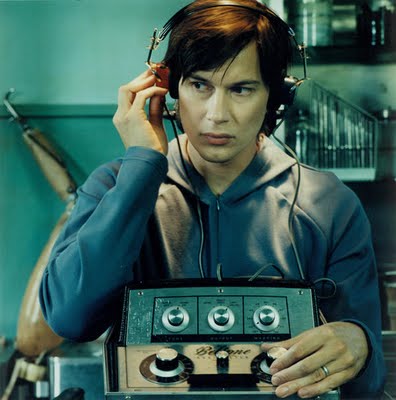 Or, if you want it in plain English

The maximum expression in Math Rock. An incredibly well done recording, taking into account that the drums sound like old boxes. Perfectly understandable incomprehensible lyrics. As sad as it’s ironic; as truthful as inventive. Circling our own world in an space suit. One of the best distortions I’ve ever heard. A dirty, complex bassline. And one of the best textures in the over-used term of “alternative rock”. 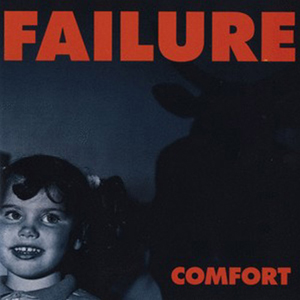 I was introduced to this album and Failure only a few years ago (the whole 90’s space rock/grunge thing having been somewhat before my time…well, I was about 8) by a fellow contributor who put ‘Saturday Saviour’ on a mix CD for me. Needless to say I loved the song and soon sought out ‘Fantastic Planet’ in its entirety.

What I love about Failure is their lyrics – melancholic and angsty but equally as defiant and insolent. ‘Saturday Saviour’ I think is about a relationship of sorts in which one person, the protagonist of the song, literally does not give a shit about the person they are (supposedly) sleeping with; beautifully harsh. Another of my favourites is single ‘Stuck on You’ which is almost like the come-uppance of this uncaring protagonist: “I thought I’d drop you easily, but that was not to be/you burrowed like a summer tick” It’s a bit of an unusual love song…if you can even describe it as a ‘love song’ (N.B. I’ve also heard that both songs, actually the entire album, is about heroin use…but it seems pretty open to interpretation to me).

And we haven’t even got on to the bass lines yet! If ever a bassline could define ‘grunge’ then surely it would be found on this record!?

I love the depth of the sounds on Fantastic Planet, some of it is distorted and layered, much of it is experimental, but all of it sounds richly textured. Fantastic Planet, is the sort of album that can evoke/define a particular moment in time, music and genre (much like the Pixies’ – Doolittle)…which is handy for those who, during the early to mid 90’s, were more concerned with collecting every single Spice Girls sticker than listening to rock music…ahem.

Failure. The name of the band said it all. They always had the sense of humour, their tongue firmly planted on their cheek and the talent in every chord and note. Always underappreciated, never darlings of critics and frankly, never giving a fuck, they did an album that was pretty much unknown to the vast majority of people (possibly still is), but if you look closely, you can see their influence in a lot of bands of the past 15 years. I first heard of them in the 1998 tribute to Depeche Mode called For The Masses. Their cover of ‘Enjoy the silence’ was perfect. Then I heard about them 5 years later when I got A Perfect Circle‘s 13th Step. A little research and I got my hands on the album. It looked like the cover of all those pulpy sci fi novels my dad loves so much.

From the music machine/cog sound sample (perfectly mixed by the band too) of ‘Saturday Savior’ to the expansive space rock of ‘Daylight’ (which book ends the album with the same sample – love it), Fantastic Planet  is a perfect example of the spirit of the 90s. Pessimism and acceptance (‘Smoking umbrellas’), perversions (‘Pillowhead’), the darker side of relationships, especially when you know you’re faking it (‘Saturday Saviour’), madness (‘The nurse who loved me’) and the seedy underworld of Los Angeles (‘Sergeant Politeness’) are all the lyrical themes of that gone but not forgotten era. Not only is the production/mixing crisps and possibly one of my favourites, but the innovations (pedal combination, found sounds, tunings) that Failure brought to the table with this album pretty much made them one of my favourite bands ever.

So, there ya go. 5 people who obviously hold this album in very high esteem. Check it out if you want a very solid example of Space rock or if you want to know one of the bands who never was scared to mess around with your heard, both musically and lyrically.

5 thoughts on “Looking back at… Failure’s Fantastic Planet”