5 days of madness (or, a round of applause for your friend from Brighton) – pt. 2

Day two: Themselves and Kid Ruby .

Sorry, This is someone else’s story. But I liked what I heard. Why not go into Day 3 instead?

And you don’t have to wait for it, as I it’s right here, after our sponsors:

Ah, Big Mac on a stick, we don’t have any. Sorry. How about a nice pic? 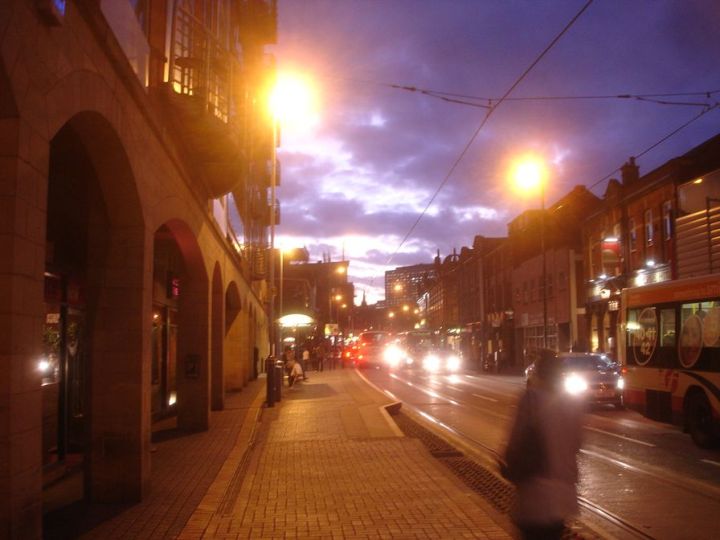 I wasn’t really that excited for this one. I’ve already seen this fashionable Glasgow-bound loons and they were great, but their stuff now feels too polished, less organic and probably I’ll reluctantly resort to the horrible hipster defence/cliché of “they were better on their first album”. 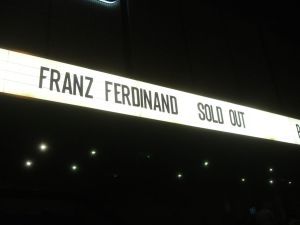 The writing’s on the wall…

Which I still stand by, specially after hearing the nice but over-produced third album. Is it me or is everyone going all “keyboard-ey” on us? Editors, Weezer, Franz Ferdinand… the 80s are doing their full comeback and MARK MY WORDS, this will only make ruddy hair metal to make a comeback.

Besides, going into electronic and rock at the same time doesn’t always work. Just ask these guys.

Anyways, Go Music Go, the opening band, put a decent job, couldn’t really get into what they were playing, but they sure were putting some effort into it. Horses. Courses. You know the rest.

Franz Ferdinand started with the best possible option, ‘Do you want to‘, probably the best song from their second album. The crowd went mental with it, but the mood sort of died with ‘Ulysses‘, a good song from the new album which somehow didn’t pack a punch live. Then the crowd woke up again with ‘Auf Achse’ (which should’ve been a single).

This cycle continued for the rest of the gig. New songs were ok, sometimes a bit tepid, though. The big hits got a massive response, so it wasn’t a bore-a-thon. On a visual aspect, they swagger with their art school credentials, using very interesting lightning, projectors and on stage cameras.

Franz Ferdinand does keep doing strange, quirky things live. I remember that in Mexico they brought a bunch of drum players (dressed as pre-colombian “indios”) for a massive drum solo. This solo happened again (no people in clotheskins, though).

The drum solo was alright, the problem was the very strange, almost indulgent remixing of ‘Lucid dreams’, which went for maybe too long. Mind you, I always had problem with bands going all out and extend stuff so much that it makes the flow of a gig die in a grinding halt. It was my problem with Mars Volta, it is the reason why I don’t rate Dream Theather and it was a bugbear of mine during Franz Ferdinand.

It’s not that Franz Ferdinand doesn’t put a great live show. Au contraire, they are amazingly happy, moving and there’s a few nice visuals treats for everyone. But there’s something in the execution, as if these Glaswegian Goons are just going through the motions, not feeling the songs as they should. Mind you, the previous statement does not apply to ‘Do you want to?’ or any of the tracks I honestly believe were powerful live.

And Auf Achse should’ve been a single.

Day 3:Best tracks live: Do you want to?, Take me out, Auf Achse (Should have been a single!!), Matinee, This Fire, No you girls.

If this concert was a David Bowie song it would be: Fashionista strangers when we meet.

Every mosaic paints a picture
Gloomy Sunday apparitions
This week's #mic #decorations were #theninthdoctor #amazonwarrior and a cow (no, not me)
Thanks a billion, @actualwolfmusic
A square meal.
#atedemembrillo y #quesooaxaca son patrimonio universal
Loading Comments...