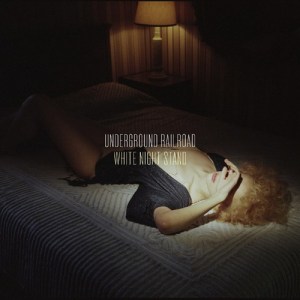 London-based Parisian expats Underground Railroad release their third album White Night Stand this month. Despite the band having previously confessed their love of American music, their dark and noisy, proggy post-punk definitely has more of a British feel this time around. Well, those gloomy London days were bound to have an effect sooner or later…

END_OF_DOCUMENT_TOKEN_TO_BE_REPLACED

This week's #mic #decorations #colinbaker #legojoker and #stalker
#avedeparaiso #flowerstagram
"HEY WHAT explores rugged soundscapes of doom and salvation, intertwined into a brash performance that terrifies and soothes." My review of @lowtheband For @nowthenmag
Haven't had #countchocula in five years. I always imagined #calvinandhobbes chocolate frosted sugar bombs tasted like this one.
#lasagna time
Found an old bottle of wine. Sticker says it was bought in 92. Good flavour.
Loading Comments...