“When you have to choose between the truth and the legend, choose the legend.”

“Last of the Summer?”

“Yes, that’s the name. Anything wrong?”

“Just wondering if it had anything to do with Last of the Summer wine?”

“You know that show?”

I had the ticket. I had the idea for the review. I messed up the date. Best laid plans, hey. It was a festival curated by Nat Johnson, with quite a few Sheffield bands to witness. I wasn’t aware of any of them back then, but I love going to gigs with unknown musicians. Always relish the chance to see something new. Beating myself for missing opportunities seems to be a running gag here at this Shithole of a Website (TM).

Fast forward a few years and John and Paul from G2 Studios get in touch with us. They had an interesting project: an album in a day, recorded at their studio, with Sheffield bands. All for the enormous charity that is War on Want. They offered a copy and I reviewed it promptly. I think Rob Burras from The Hope Explosion suggested Sloucher to them and it all worked out just fine and dandy.

It was a good deed. It was a good album. A cornucopia of different sounds; new, exciting bands to look up to or sit and wait as they crawled back into oblivion. One particular song was catchy as hell. ‘Starfish’. Dreamy vocals, filled with longing and desire. Hope. Yes, that’s it. A lot of hope in a very reflexive song about being torn apart by your own anxieties and fears. The artist? Oxo Foxo.

A couple of listens later and I realised you could place this track right after ‘Boys of Summer’ and all would be well in the world. The song became an obsession and a lack of songs meant that I had to dig and find older stuff. Which lead me to Urgent Talk, a band where Roo (Oxo Foxo herself!) was a part of. Who were due to perform at Last of the Summer. Oh, well. Sam “Missed Opportunities” Valdés. Save it for my tombstone.

‘Snow Days’ brings me great memories. I think of that deadly silence so thick you could disappear into. The kind you could only experience when heavy snow fell on Sheffield and the city’s hills went silent. ‘Snow days’ was like a quiet walk in Weston Park, the snow crackling and sliding below your boots. The bright shine of the winter sun, on full apricity mode, hitting the snow, forcing you to squint. ‘Snow Days’ captured that feeling just right. Even now, as I listen to it while editing this piece, I can still feel the cold pricking my fingers; tiny daggers and shivs, all over and gone, unforgiving to the foolish who never wore gloves. 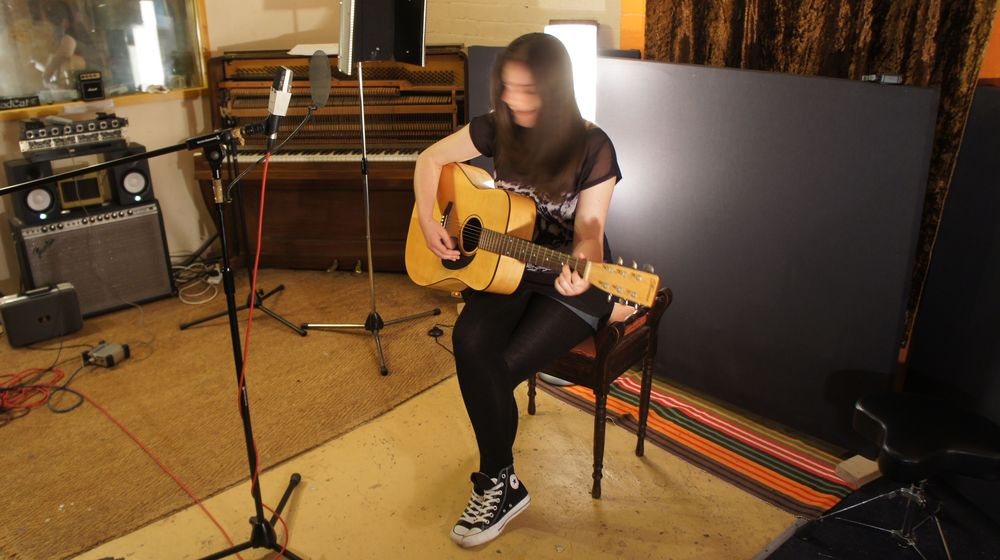 A few months later I would end up interview Oxo Foxo at G2 Studios. A former collaborator sent questions. They were all terrible. She ended up in Stereogum. I ended up in Sloucher. Figures. So I improvised most of the interview questions. It was a fun interview and a lot of porkies have been told about what actually happened, but the truth is that it was the funniest interview I’ve had in my life. True: alcohol was involved. So was cheese. And I think some out of date nuts. And the studio mice. Oh, the happy dancing studio mice who were partly responsible for G2 leaving Clifton Works and becoming Old Pig Farm. Wow, sidetracked there. Apologies. So when Oxo Foxo picked up an acoustic guitar and started to cover pop songs of old and new, I thought to myself: why isn’t she “making it” in here? Why is the output so low?

I reckon my PhD supervisors were thinking the same about me. 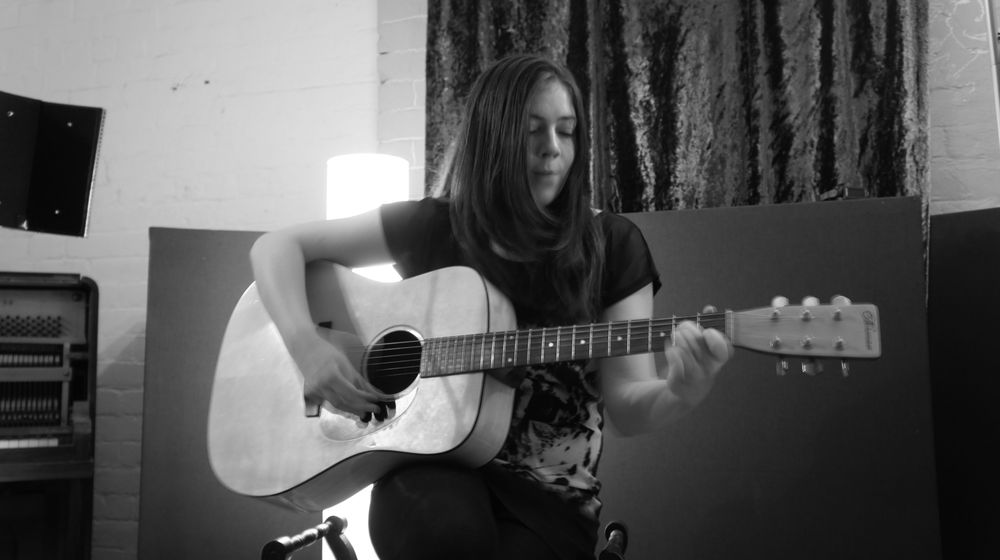 The answer for Oxo Foxo‘s slow output resides in her and it’s up to her to answer or not. I’ll just consume  mass quantities of music whenever it’s available. Disguise, her only EP, was released in 2013 and this morsel just whetted our collective appetites. It was a perfect snapshot of who Oxo Foxo was and will be: a little bit of pop, a little bit of 90s super dance hits, and a lot of mystery. 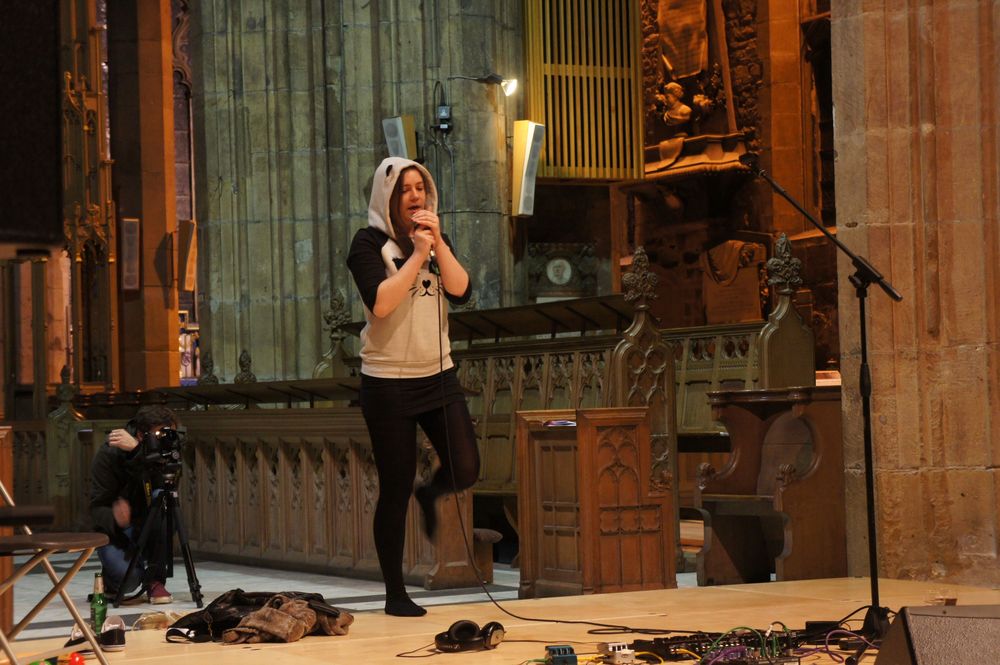 I’ve been blessed to have seen her live in some of the best haunts in Sheffield, like  The Harley on a bitter December of 2012, and the Sheffield Cathedral, during Tramlines 2012 and 2013. The 2012 Tramlines gig was pretty special, as she got an entire row of people to dance to an impromptu cover of Whigfield‘s ‘Saturday Night’. The songs from her EP were enhanced by the acoustics of the place. Her love of classic pop and rock meant that Pete Frampton‘s ‘Baby I love your way’ got a mantra like re-interpretation, captured here:

Now, I can’t quite tell you if she was present when SëxWave had their only live gig back then, but I swear I could hear her, her voice fading in and out of existence while a post-punk new wave band came and went into this plane of existence.

Or so I remember. “Everybody remembers it the way they need to, right?” Jersey Boys dixit.

Sidetracked again. Apologies. The Harley gig in late 2012 was a little disappointing except for her set. It wasn’t the other bands’ fault, it just felt…off. Oxo’s set was just right, though. Intimate, mesmerising and even including a cover of Wham‘s ‘Last Christmas’. My mood wasn’t the best as I had to pass Christmas on my own, but if there was anything good to remember about that long December, it was that gig. And maybe another gig I’ll talk about in another post.

2013’s Tramlines was a strange one. I guess I knew the end of my time in Sheffield was near, so the few gigs I actually went to, I tried to enjoy as much as possible. Oxo Foxo‘s gig in the smaller part of Sheffield Cathedral was pure magic, easily one of the best I saw in a terrible year that still makes me sigh. The last ever Oxo Foxo show I attended was an intimate affair, and if your ears and heart were interconnected, you could almost feel the choirs of angels and cherub gawping at her layered electronica beats, rumbling in the ancient building, still echoing after we are all dead and gone.

Gosh, that was the end of the post? A bit dark, innit? No way! Yes, her music can be pitch black in its themes. Yes, there are too many oblique moments that might or might not be a pisstake. And yes, the output is as slow as it comes. But every single track has been a winner and that’s a very high watermark to aim for. So even if Oxo Foxo never releases another song, she has a small collection of flawless songs. Pitch perfect ditties to hum along, to both sunny and rainy days. Songs about nature, wildlife, enjoying and fearing life, songs about being a human that has the wisdom of a sly fox in her persona.