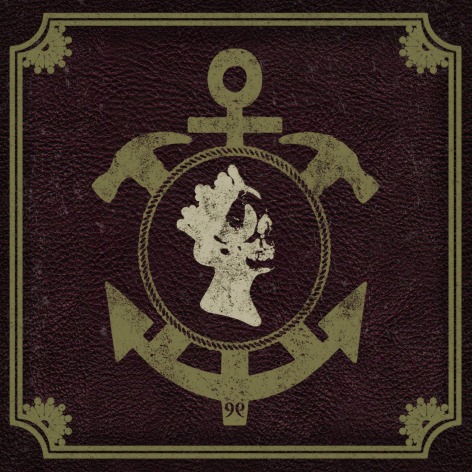 A couple of blood drenched moons we mentioned this band and their gothic waltz (review). Flashforward a few victims later (none of them looking like Peter Cushing) and now Birdeatsbaby offer their finalised product, the supremely catchy and lush Feast of Hammers.

Wonder if it goes well with a Hammer film? It actually did. Muted one film and left the music as the only sound. No syncronising with the images like Pink Floyd and The Wizard of Oz supposedly do, though, but it went well with both Dracula AD 1972 and Quatermass and the pit.

The little touches of classical music give it an extra air of panache. ‘Anchor’, with that back and forth between piano and violin, is rich in flavour and feelings. The music sometimes borders into prog, and by that I mean, it goes through the frontier, kicks a few picts and recovers the eagle of the lost legion. Add a distorted, overdriven guitar to ‘Feast of the hammers’ and you have a classic prog rock track. Replace it with a mournful violin and you have this band, with a clear, rocking sound. Not what you’d expect but it’s these little surprises what gives them a clear, defined style.

Want Birdeatsbaby in a very rocky, powerful mood? Listen to ‘Through Ten Walls’ (pretty cool bass) and the intense ‘Tastes like sympathy’. Want them really peaceful and quiet? Tough beans, only ‘The Sailor’s wife’ will be your haven of respite. Want some of that air like, proggy sound while invoking a couple of Outer Planes aberrations? ‘Incitatus’ will do wonders for you.

A very well defined sound for a band giving a layered & dark atmosphere, like a musty old Estate that’s now in decay. Arm yourself while you wonder what ever happened to ‘Victoria’ and face the fears, as the Feast of Hammers has been served and it’s time to pay the orchestra.